Speaking two languages is a highly valuable skill but is an unlikely defence against age-related cognitive decline as previously thought, according to new research on ageing and bilingualism.

Scientists from the Donders Institute for Brain, Cognition and Behaviour at Radboud University in the Netherlands have been studying how bilingualism might protect against a deterioration in mental processing as people age. Older bilingual people were asked to perform attention and memory tasks while the research group scanned their brains to study interactions between different types of brainwaves.

‘We wanted to know what is going on in the brain when people are starting to experience attention problems,’ explained Professor Ole Jensen, who supervised the project and now heads the Neuronal Oscillations research group at the Centre for Human Brain Health at the University of Birmingham, UK.

The study, which was carried out as part of a project called NeWMaBIL, confirms that older people are less able than younger subjects to modulate their brainwaves when their attention shifts, however no link has been found between bilingualism and age-related attention deficits.

‘The initial idea was that if you were bilingual, you were better at executive functioning,’ said Prof. Jensen, referring to processes including memory, attention and problem solving. ‘The study’s results are still being analysed, but it would seem that the data is not there to demonstrate this bilingual advantage.’

He added, ‘It’s good to learn two languages for a lot of reasons – including social interactions and travel – but I suspect executive control is secondary.’

It is widely known that cognitive abilities generally decline as people grow old. What researchers are yet to conclude is what constitutes normal ageing. By developing a better understanding of the changes experienced in the interior – or subcortical – regions of both healthy and unhealthy brains, targeted healthcare strategies can be created to help individuals who are experiencing attention problems as they age.

As the length of life and the incidence of dementia increase worldwide, scientists are under growing pressure to identify factors that will attenuate the negative effects of ageing on cognitive control. Until the 1960s, it was commonly believed that bilingualism had a negative impact on the brain, creating confusion and ultimately damaging cognition. 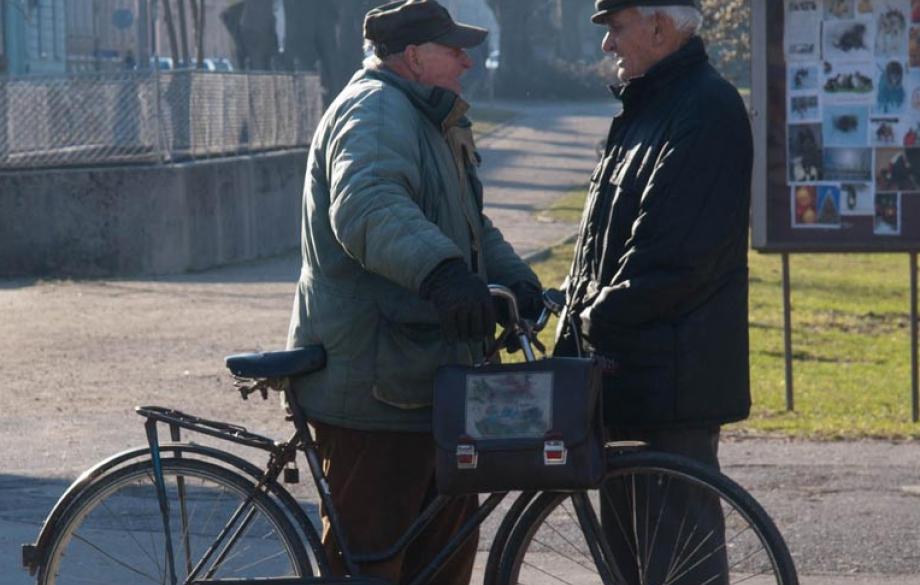 Bilingualism was previously thought to confer an element of protection against age-related cognitive decline. Image credit - Pexels, licensed under CC0